Blarney Castle and the Rock of Cashel, two of Ireland's most iconic structures, are must-see destinations on any trip to Ireland. This one day tour visits both along with Cahir Castle, one of largest in the country. Travel through two of Ireland's most spectacular mountain ranges and - having kissed the famous Blarney Stone - enjoy the 'gift of the gab' forever more.

The Irish Day Tours group will meet in front of the Molly Malone statue, on Suffolk Street, just off Grafton Street.

The exciting day tour will begin by traveling through Ireland’s southern terrain. Before leaving you’ll meet your fun-loving and knowledgeable tour guide and your fellow travel companions!

As the tour leaves the city behind us, it soon passes into an area referred to as “The Curragh”, in County Kildare. This region is famed for the breeding and training horses. 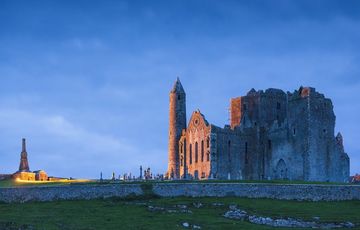 By 9.00am the tour will arrive at one of “Ireland’s Seven Wonders”, The Rock of Cashel. Here you will have the chance to explore the Hall of Vicars, Cormack’s Chapel, Celtic Cathedral, Round Tower, and the surrounding grounds filled with ancient high crosses.

In addition, you’ll have the marvelous opportunity to gaze upon one of Ireland’s oldest Romanesque wall paintings inside the world-famous historical landmark. 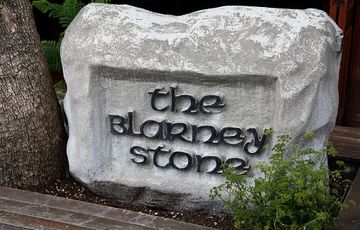 We arrive at Blarney Castle, which is the highlight of the tour for most travelers. Blarney Castle is known around the world for its famous Blarney Stone. It’s said that if you kiss the stone you’ll receive the “gift of the gab”.

The Blarney Castle itself is worthy of exploration as are its fantastic lush grounds and woodland walks. There is much to see and explore. 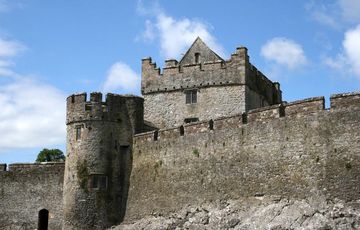 En route back to Dublin, the group will visit Cahir Castle. Once a stronghold of the powerful Butler family, the castle retains its impressive keep, tower and much of its original defensive structure.

It is one of Ireland's largest and best-preserved castles and is wonderfully situated on a rocky island on the River Suir. 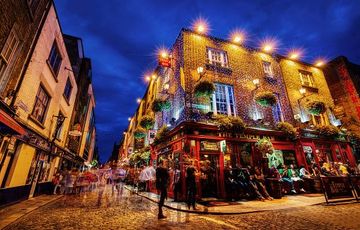 By approximately 7.00pm the group will arrive back in Dublin to reminisce on the exciting adventurers of the day. 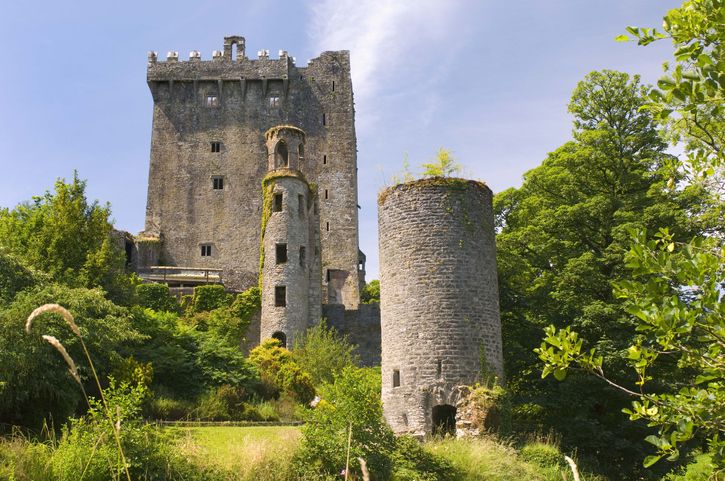 Irish Day Tours seven-day tours from Dublin, which leave daily, have all been carefully handpicked for their historical, natural, and cultural importance. They run tours to The Cliffs of Moher, Giant’s Causeway, Belfast and Northern Ireland.

Of course, the beauty of seeing Ireland by day tours means your adventure to the four corners of this island will always end up back at your hotel room in Dublin.  No need to hire cars, book more hotels, pack and unpack, just simply sit back and take it all in! Irish Day Tours have a fleet of coaches, from nine to 64 seats.

The success and exceptional growth of Irish Day Tours company can be credited to their relentless focus on customer care and service. They have been awarded the ‘Certificate of Excellence’ every year from 2012  to 2016 due to their outstanding reviews. Irish Day Tours customer reviews on Trip Advisor are currently at 95 percent, rated "Excellent" or "Very Good".

Irish Day Tours Guides are among the best in the business, all unique in their own way. Some will sound like they’ve swallowed the book on Ireland’s history from the beginning of time, others will sing their way to the coast. Whoever you get, one thing is certain, your adventure with Irish Day Tours will be one you’ll never forget!

Starting from Dublin, this one day tour stops first at the Rock of Cashel, a dramatic stone fortress, once home to the Kings of Munster. It's said that St Patrick converted the King of Munster on this site and by the early 12th century the Munster King gave 'the rock', as it is known, to the Church. The structure contains some of the most important examples of early Gaelic art

Then it's on to Blarney Castle with its legendary Stone of Eloquence. Legend has it that, when kissed, this magic stone confers the gift of eternal eloquence. A castle has stood on this site since the 12th century and the present structure was built in the 15th century, when it was home to the Kings of Desmond, a medieval Irish kingdom encompassing most of the south west of Ireland.

There are lots of stories about the origin of the Blarney Stone. Some claim it is the legendary Lia Fáil, the stone on which the High Kings of Ireland were enthroned. Others believe it is of biblical origin. Regardless of its provenance, all agree that it has magic properties and that by kissing it, a person will become endlessly eloquent.

The extensive gardens surrounding Blarney Castle are a paradise for walkers and there'll be time to explore them.

Heading back towards Dublin, the  final stop is Cahir Castle, once the stronghold of the powerful Butler family. It's in remarkably good repair with the impressive keep, tower and much of its original defensive structure still intact.

The tour travels through two mountain ranges. The first, the Knockmealdown Mountains, are famous for inspiring by the Irish folk song Kitty Borne O’Brien. The other range is Ireland’s highest inland range and known as the Galtee Mountains. The views are simply breathtaking.

This uniquely structured tour departs from Dublin every day of the week at 6:50am and will deliver you safely back into Dublin city center at approximately 7:00pm.