See the dramatic scale of this iconic landmark from a boat tour at the foot of the cliffs. 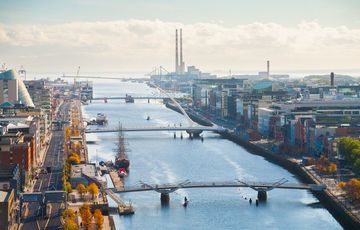 The Irish Day Tours group will meet at the Molly Malone statue on Suffolk Street, just off the bottom of Grafton Street. Visitors will board a comfortable coach, meet their legendary guide and fellow adventurers, and then head west out of Dublin.

Along the way quaint villages, lush countryside and even some castle ruins will entertain as the group heads towards Caherconnell Stone Fort, in County Clare. 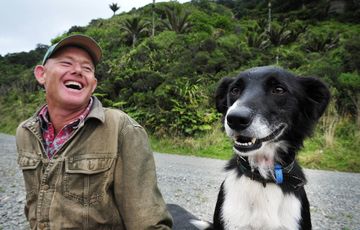 Arriving at Caherconnell Stone Fort the tour group will have the opportunity to stroll around the well-preserved ring fort and take in its ancient history. If visitors are lucky, they might see a few archaeologists around unearthing more secrets of the fort.

Next to the fort visitors will have the opportunity to experience a sheep dog demonstration by the local farmer and learn all about sheep farming in Ireland. These amazing dogs weave and turn the flock at the farmers wish with the most amazing ease. 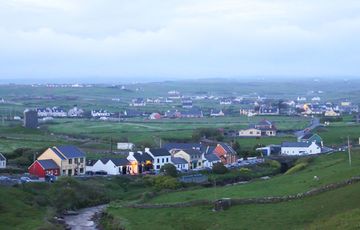 Then, just in time for lunch, the group will head to Doolin, a beautiful village famed for its traditional music on the edge of the Atlantic. The Irish Day Tours usually go to Fitzpatrick’s Pub where the seafood is particularly good but don’t worry if you are not a fan of seafood. There are plenty of other options available. (Lunch not included in tour package) 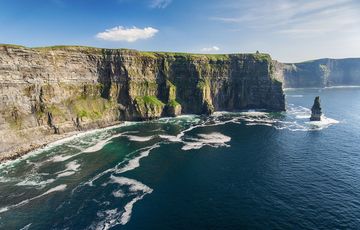 After lunch the Irish Day Tours group will head to Doolin harbor just a couple of minutes away from the town, with towering views of the Cliffs of Moher at sea level.

The tour group will board their trusty vessel and take a boat ride along the base of the cliffs for one-hour taking in spectacular cliff views from the ocean. The cliffs rise high above the visitors, an imposing natural formation surrounded by the dramatic and lush landscape that Ireland is known for. 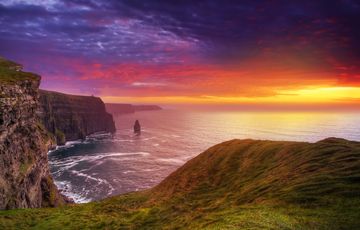 The group will then have the opportunity to walk the cliff tops to view the Cliffs of Moher from its iconic standpoint. Visitors will have access to the visitor’s center to learn about the history of the local area, the flora, fauna and geology.

The Irish Day Tours group will start their journey back to Dublin at 4:00pm. 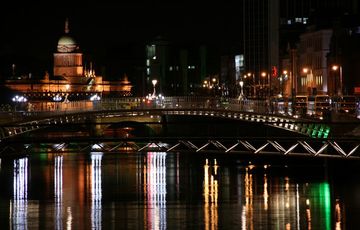 After your amazing adventure to the edge of the world and back you can reminisce about your wonderful day back in Dublin. 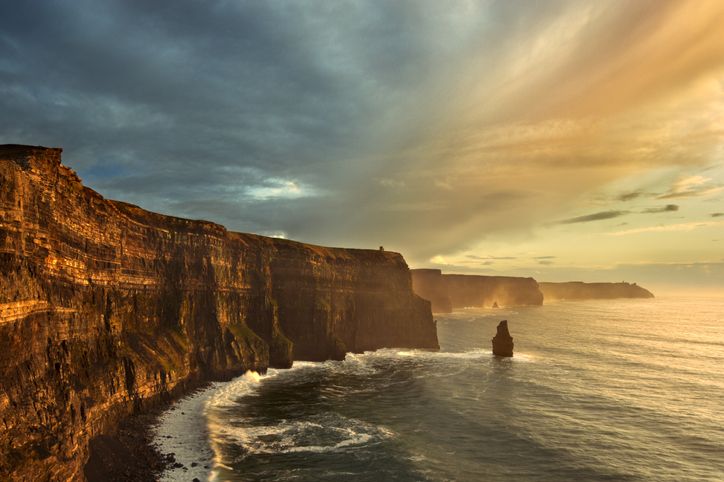 Irish Day Tours seven-day tours from Dublin, which leave daily, have all been carefully handpicked for their historical, natural, and cultural importance. They run tours to The Cliffs of Moher, Giant’s Causeway, Belfast and Northern Ireland.

Of course, the beauty of seeing Ireland by day tours means your adventure to the four corners of this island will always end up back at your hotel room in Dublin.  No need to hire cars, book more hotels, pack and unpack, just simply sit back and take it all in! Irish Day Tours have a fleet of coaches, from nine to 64 seats.

The success and exceptional growth of Irish Day Tours company can be credited to their relentless focus on customer care and service. They have been awarded the ‘Certificate of Excellence’ every year from 2012  to 2016 due to their outstanding reviews. Irish Day Tours customer reviews on Trip Advisor are currently at 95 percent, rated "Excellent" or "Very Good".

Irish Day Tours Guides are among the best in the business, all unique in their own way. Some will sound like they’ve swallowed the book on Ireland’s history from the beginning of time, others will sing their way to the coast. Whoever you get, one thing is certain, your adventure with Irish Day Tours will be one you’ll never forget!

Starting from Dublin, the first stop is the Caherconnell Stone Fort, in Kilfenora, County Clare. Dating from the 10th century, this fort was a stronghold in the famous Burren region of County Clare. The Burren is an extraordinary landscape of pave limestone rock, home to fossils, caves and extraordinary array of wildlife and plantlife.

Caherconnell is one of the best preserved ringforts in the country and its secrets are still being mined by archaeologists. It dates from a period when Gaelic tribes were under constant attack from Vikings and later from Anglo-Norman invaders. Relics show its inhabitants - the O'Loghlen clann - were wealthy with several precious metals being worked within the fortress.

Sheep farming has a long tradition in Ireland and on this tour, visitors will get to see first hand the special relationship between a sheep farmer and his trusty sheep dog, when a local farmer skillfully directs and drives a flock of sheep around the field with the help of his faithful companion.

Lunch at nearby Doolin village, is a treat. Doolin is famous worldwide for its traditional Irish music and the small, welcoming, seaside village has plenty of local character and characters!

From Doolin, the tour embarks on a boat trip, along the Cliffs of Moher, probably one of Ireland's best known landmarks. The cliffs are about eight miles long and, at their highest point, rise to 390 feet. After an hour at sea, visitors will have a chance to explore the cliff path and revel in the views across the Aran Islands and the Galway mountains in the distance. There will be time to enjoy the award-winning visitors' center, which offers a wealth of information about the cliffs, the surrounding area and its history.

At 4pm the tour heads back to Dublin, arriving just in time for dinner.